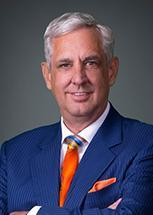 Donald J. Ramsell was born on November 28, 1958. He is married to his wife Veronica, and has two daughters, Jennifer and Anne. He is a resident of St. Charles, Illinois. His interests include golf, Corvettes, the Cubs, travel, and winning cases.

Donald J. Ramsell is the only Illinois DUI defense attorney to appear and argue on an Illinois DUI case before the United States Supreme Court in its entire 213 years of existence.

In 2008, Donald Ramsell began hearings ordered by the Illinois Supreme Court regarding the validity and reliability of the police field sobriety test known as 'horizontal gaze nystagmus'. This issue is being carefully followed by prosecutors, judges, and DUI Defense Attorneys across the country.

In 2007, Ramsell was nominated and recognized as a Sustaining Member of the National College for DUI Defense.

In 2006, Ramsell successfully fought and obtained orders compelling the ISP Breath Testing Section to begin downloading and turning over the internal memory of the breath testing machines, which has revealed numerous errors in breath testing equipment being used across Illinois.

In 2005, Chicago Magazine named Donald Ramsell an "Illinois Super Lawyer". Since then, he has earned this distinction multiples times, most recently in 2020.

Also in 2005, Donald Ramsell became the first Illinois attorney ever to become Board Certified in the area of DUI Defense under the American Bar Association's standards, through the National College for DUI Defense.

In 2004, the Chicago Sun Times identified Mr. Ramsell as one of the top 5 DUI Defense Attorneys in the State of Illinois.

In 1999, after a two year investigation, Ramsell discovered that the Department of Public Health had failed to perform critical testing on breath testing equipment, causing test results to be suppressed across the state. Later that same year, the IDPH was forced to turn over control of the entire program to the State Police.

In 1998, Ramsell successfully proved that the Intoxilyzer 5000 (Series 6400 and 6600) breath testing instrument software had been rigged to produce false negative air blank results, causing all breath tests using that model to become inadmissible in the State of Illinois.

In 1986, Donald J. Ramsell discovered that the statewide breath testing program was using questionable procedures in certifying breathalyzers, causing thousands of tests to become disputed, and forcing immediate changes in the program.

"The Effect of 9/11 on the United States Supreme Court - The Shrinking of Fourth (and Fifth) Amendment Freedoms in Response to Terrorism," Adelphia Law Journal, Volume 15, pp. 9-50, 2007

"Illinois DUIs and Wisconsin OWIs: The Acronym is the Least of the Differences, " (reprint) The Docket (Lake County Bar Association), Sept. 2007 Vol. XIV No. 9

"Are all Breath Tests taken in Illinois Between 1986 and 2000 Invalid? Two Recent Developments Suggest that they are." ISBA traffic Laws & Courts Newsletter, Vol. 12, No. 2, November 2002

I just wanted to "Thank You" again for making it possible for my son to get on with his life.  I have watched him straighten out his life and now he has a chance. When everything looked hopeless, you were still there fighting for us, win or lose. Even when it took six prosecutors against one, you kept on protecting us...

Lynn and I would like to thank you for your expertise during lynn's court appearances and especially during his jury trial. You reallly came through for us. We will be happy to pass your name on to anyone who may need an excellent lawyer! Thanks again and again,

"Awesome" What else can I say! Professional and confident at every meeting. My daughters thank you, as do I!

Thank you again for saving my life.